“7 Fingers founded in 2002 with the mission of bringing circus to a human scale, combining circus acts with emotion and intimacy to win over the audience is a tenet of the new circus movement that started in the counter-counteral departure from the stunt for stunt’s sake philosophy of traditional three ring circuses.”
– The New York Times (USA)

“THE JOY OF COOKING. A remarkably familial, interactive ensemble piece. The audience leaves the theatre nibbling the banana bread, happily sniffing the smells of baking as they go, wanting to share Cuisine & Confessions with friends.”
– Montreal Gazette (Canada)

“A MARVELOUS FEAST. These IMPOSSIBLY LITHE AND ELASTIC PERFORMERS turn themselves into human projectiles, hurtling about and above the Cutler Majestic stage as if oblivious to any limits for the human body. There are times when your eye doesn’t know where to look, there’s so much happening onstage, such A CAPTIVATING BLUR OF ENTWINED OR SOMERSAULTING OR JACKNIFING BODIES. In one moment you’re looking at a vertical tableau in which one performer balances, single-handed, on the single hand of another. In the next, you’re seeing two performers hurl themselves through stacked rectangles. Then an aerialist employs silks and proceeds to create airborne visual poetry. Factoring heavily into the show’s appeal are THE EBULLIENT PERSONALITIES OF THE PERFORMERS.”
– The Boston Globe (USA)

” A banquet for the senses for these impossibly lithe and elastic performers who turn themselves into human projectiles, hurtling above the stage, all while sustaining a burst of creative energy that recalls.
A JOYOUS DANCE PARTY VIBE.”
– The Boston Globe (USA)

” Nothing that happens at Fenway Park, TD Garden, or Gillette Stadium comes anywhere close to the level of athleticism, teamwork, and split-second timing on display in this show. Impossibly lithe and elastic performers turn themselves into human projectiles … as if oblivious to any limits on what is physically possible for the human body. Among the troupe’s most spellbinding productions yet.”
– The Boston Globe (USA)

“SHEER MAGICAL PHYSICALITY. Superhuman. Celebratory and playful. Not just a circus act, but a consummate work of theater, too. A show sure to delight cooking enthusiasts, acrobatics fans or anyone with an inner child willing to be dazzled.”
– WBUR/The Artery (USA)

“IF YOU DON’T SEE‘CUISINE & CONFESSIONS,’YOU ARE A DAMN FOOL.
My only regret is that I do not have six stars to give.”
– Boston EVENTS Insider (USA)

” How many acrobats does it take to bake a cake? 7 Doigts is eager to find out in Cuisine and Confessions, a show that invites us into the kitchen for an evening of cooking, storytelling, and breathtaking acrobatics. So sit back, and feed your eyes and mouth – and make sure you don’t try any of this at home.”
– Time Out Paris (France)

“The troupe features everything from a trapeze artist, to a Chinese pole acrobat, a juggler, and gymnasts rollicking around in flour.”
– Time Out Paris (France)

“An infallible circus-dance-theatre-rock recipe that brings us right back to our hearts while warming our stomachs !”
– Le Monde (France)

“There is something evanescent, temporary, and fragile about food.  You make it, it goes, and what remains are memories.”
– Jacques Pepin, world-renowned chef

“A pure feast!
This playful and participatory show is a piece of pure creativity.”
– Le Journal de Montreal (Canada)

“A delicious evening in every sense of the word.”
– Huffington Post (Canada)

“A perfect blend with just the right dose of ingredients, like in the very best recipes.”
– Huffington Post (Canada) 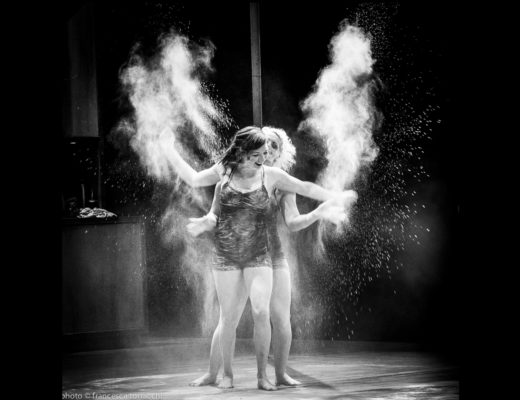 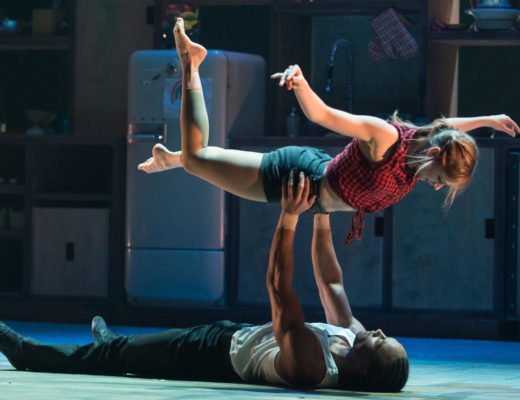